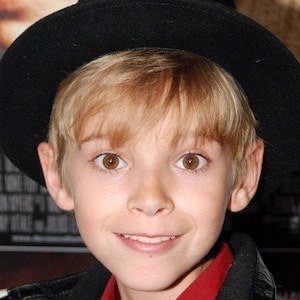 Actor who rose to popularity as a child earning small roles on network television shows like Fresh Off the Boat, The Middle, and Victorious.

His first film and television credit came before he'd reached the age of two appearing in an episode of The Drew Carey Show.

He won Best Breakthrough Performance at the Visionfest Film Festival at Tribeca for his portrayal of Johnny in the short film The First Hope.

He is a fourth generation Hollywood star, following his great grandfather, grandfather, and father into the filmmaking industry.

He was cast alongside Ashley Greene and David Henrie in the 2016 animated film Max & Me.

Davis Desmond Is A Member Of