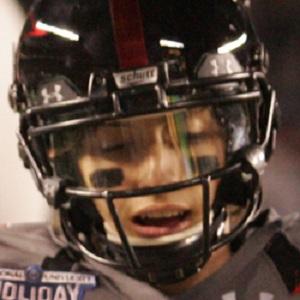 During his college football career with the Texas Tech Raiders, this quarterback became a candidate for the Heisman Trophy, the Manning Award, and the Maxwell Award.

While playing football at Prosper High School in Texas, he helped his team win the district football championship and a spot in the regional semifinal game.

By the end of his freshman year at Texas Tech, he had broken both the Big 12 Conference's and his school's passing yardage records for first-year players.

He was born and raised in Prosper, Texas.

Davis Webb Is A Member Of