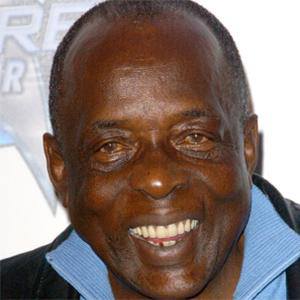 Hall of Fame NFL defensive end widely considered to be one of the greatest defensive players ever. He was an 8-time Pro Bowl selection and 2-time NFL Defensive Player of the Year during his career.

He played football, baseball, and basketball at Hungerford High School.

He made his mark in NFL history by coining the term sack in reference to tackling a quarterback behind the line of scrimmage.

He married Elizabeth Jones in 1960.

He and Merlin Olsen were part of the famous Fearsome Foursome defensive line for the Los Angeles Rams.

Deacon Jones Is A Member Of