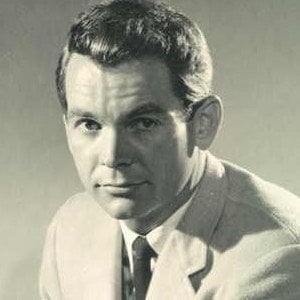 Actor who became known for his starring roles in many family films, including The Love Bug. His other films include That Darn Cat!, That Darn Cat, and Under the Yum Tree.

He performed on his own local radio show, Dean Jones Sings, while in high school.

He made his Broadway debut in 1960 alongside Jane Fonda in the play There Was a Little Girl.

He starred in Walt Disney's production of The Love Bug with Michele Lee.

Dean Jones Is A Member Of