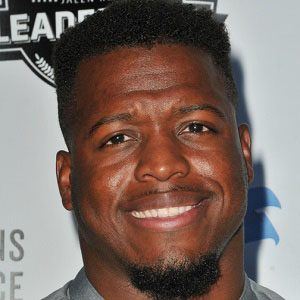 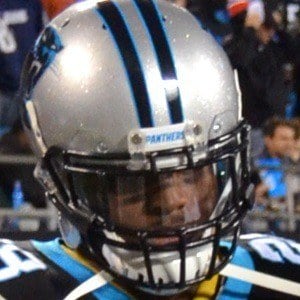 Standout running back who was selected 13th overall by the Carolina Panthers in the 2008 NFL Draft and would later help lead them to Super Bowl 50 in 2016. In 2018, he signed with the New York Giants.

He was a Pac-10 All Freshman selection in 2005 for the University of Oregon, scoring six rushing TDs to go with his two kickoff returns and a pass reception taken to the end zone.

Off the gridiron he became an aspiring hip-hop musician, releasing his beats for free and allowing anyone to use them, as long as the songs didn't degrade women.

He was born in Fort Lewis, Washington to parents Lora Faison and Jonathan Stewart. He has a brother named Cory. He welcomed a daughter named Kaia Grey with wife Natalie Hills in 2017.

He was ranked among the top three running backs entering the 2008 NFL Draft alongside Darren McFadden and Rashard Mendenhall.

Jonathan Stewart Is A Member Of