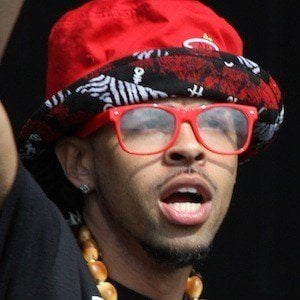 Southern rapper who made a name for himself in the underground rap scene with self-released mixtapes like 2008's I Am Who I Am, 2013's Psalms of David. He was named Artist of the Year at the 2010 NOLA Underground Hip Hop Awards.

He was a standout basketball player at Benjamin Franklin High School in New Orleans, Louisiana. He was the homecoming king in his senior year.

He worked as a teacher for two years before leaving in 2010 to focus on his rap career.

He toured with prominent southern rapper Killer Mike in 2011.

Dee-1 Is A Member Of