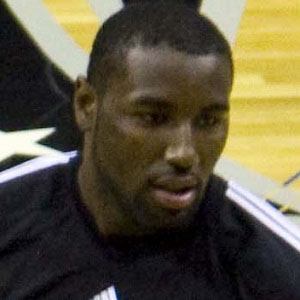 Standout college basketball player at Pittsburgh who began his NBA career with the San Antonio Spurs in 2009.

His grandmother convinced him to play basketball.

He signed a contract to play in Russia during the 2011 NBA lockout.

He grew up as the oldest child of four, although one of his siblings died in infancy. He has a daughter with his ex-girlfriend, Basketball Wives LA star Angel Love.

During the 2009-10 season, he became the first San Antonio rookie since Tim Duncan to record a 20-point, 20 rebound game.

DeJuan Blair Is A Member Of