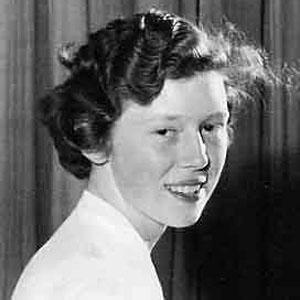 English composer and musician who gained popularity for her electronic realization of Ron Grainer's theme music to the television series Doctor Who.

She worked for the UN in Geneva, teaching piano to children of the British Consul-General and mathematics to the children of Canadian and South American diplomats.

She worked with Sonic Boom as advisor and co-producer of the EAR LPs Vibrations and Continuum in 2000 and 2001.

She recorded a demo with Anthony Newley called Moogies Bloogies in 1966.

Delia Derbyshire Is A Member Of