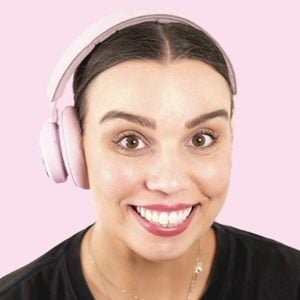 Also known as Deli, she is an Australian YouTuber who originally became known for posting The Sims content to her channel. She has accrued more than 1.1 million YouTube subscribers. She would later branch out and start playing Fortnite. She has also sold her own merchandise, including phone cases and sweatshirts, on her Deligracy Shop website.

She created her YouTube channel in October of 2013 and uploaded her first video, called "Renovated The Sim Supply IP LP house! The Sims 3," in January of 2014.

She also streams live on Twitch for more than 180,000 followers. She has been known for her talent at building virtual houses with detailed interior design on the Sims platform.

Her real name is Madeleine and she is based in Melbourne, Australia. She has a sister named Olivia who is known online as Sisligracy. She has dated Nich Richardson. She later began dating fellow YouTuber James Turner.

She is a friend of fellow Australian YouTuber James Turner.

Deligracy Is A Member Of