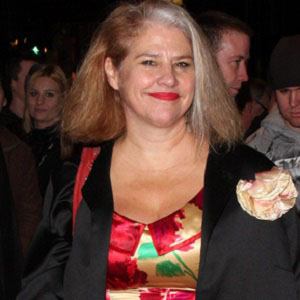 Perhaps most well known for her role as Denise Osbourne on the British soap opera Coronation Street, Black is also notable for her portrayal of Hazel Tyler on both the drama series Queer as Folk and on creator Russell T. Davies' later series Cucumber.

After graduating from the University of London with a degree in psychology, she began acting in productions with theatrical troupes such as Sheffield's Crucible Theatre and the Actors' Touring Company.

She spent her youth in Hampshire, England. Her marriage to voice coach Paul Sand resulted in children named Sam and Dandy.

She and comedienne Josie Lawrence performed together in several stage productions and television comedy programs and formed a jazz band (along with Kate McKenzie) called Denise Black & the Kray Sisters.

Denise Black Is A Member Of