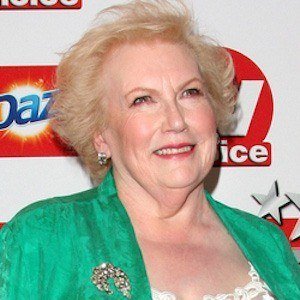 Most notable as a television personality on the day time program This Morning as Agony Aunt from 1988 until her passing in 2016.

She worked as a clerk in a Sunderland infirmary before becoming a medical secretary and counselor.

She was appointed as a Member of the Order of the British Empire in 2006 for her contributions to television broadcasting.

She had a son named Mark with her first husband Alex Robertson. She would marry twice more to John Tomlin and Bryan Thubron.

She was a personality on This Morning alongside Phillip Schofield and Holly Willoughby.

Denise Robertson Is A Member Of