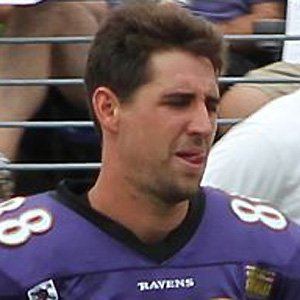 NFL tight end who began his career with the Baltimore Ravens in 2010. He helped the team win a Super Bowl Championship in 2013.

He earned letters in football, basketball and track at Moorpark High School in California.

He was an All-American during his final year at Brigham Young University.

He joined running back Ray Rice on the Baltimore Ravens in 2010.

Dennis Pitta Is A Member Of