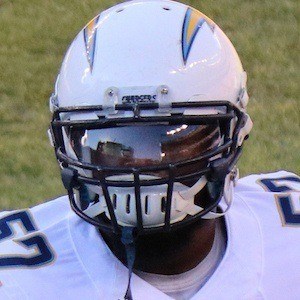 American football player who is known for his work as a middle linebacker for the Los Angeles Chargers of the National Football League.

He played football in college for the University of Miami. He was then drafted to the San Diego Chargers in the second round of the 2015 NFL Draft.

As a junior in college, he was a first-team All-Atlantic Coast Conference selection.

As a member of the Chargers, he plays alongside Kellen Clemens, Andre Williams, and Tyrell Williams.

Denzel Perryman Is A Member Of