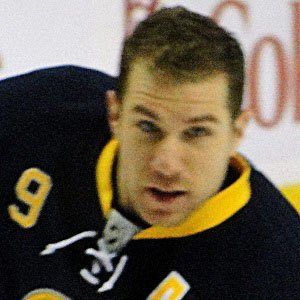 NHL center best known for his time with the Buffalo Sabres. He was selected 32nd overall by the Sabres in 2001 and remained with the team until 2012.

He spent his junior career with the Kitchener Rangers in the Ontario Hockey League.

He was born in Rockland, Ontario. His wife's name is Nancy.

He and Thomas Vanek became two of the top offensive weapons on the Sabres in the mid-2000s.

Derek Roy Is A Member Of