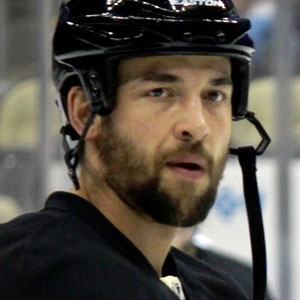 Defenseman who made his NHL debut in 2009 for the Pittsburgh Penguins, after a successful AHL career.

He was selected in the 6th round of the 2000 NHL Draft by the New Jersey Devils, but never played a game for the team.

On November 16, 2009, he earned his first NHL point, assisting a Jordan Staal goal en route to a 4-3 Penguins victory over the Anaheim Ducks.

He was born and raised in Edmonton, Alberta, Canada.

In 2010 developed a reputation as one of hockey's most feared fighters after sending Colton Orr to the hospital with a knockout.

Deryk Engelland Is A Member Of