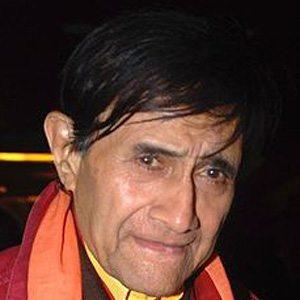 Iconic Hindi actor who had over 100 leading roles and earned a Lifetime Achievement Award from the International Indian Film Academy. Many critics regard him as the most influential actor in the history of Indian cinema.

He earned a degree in English Literature from Government College.

He produced and starred in the 1965 drama feature Guide, which won the National Film Award for Best Feature Film in Hindi in 1965.

He married in 1954. His brothers Vijay and Chetan were also filmmakers and his nephew became a successful director.

Indian film icon Ashok Kumar gave him his first break, casting him as the lead in the 1948 film Ziddi.

Dev Anand Is A Member Of