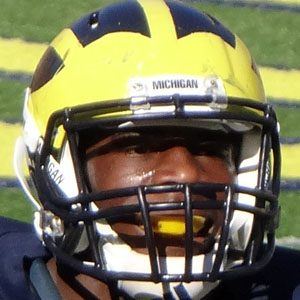 Highly-touted tight end who began his career with the Michigan Wolverines in 2012, when he was named to the FWAA Freshman All-America Team. He previously attended Harrison High School, where he led the team to a Michigan Division II State Championship. In 2015, he was selected 41st overall in the NFL Draft by the Carolina Panthers.

He was rated by ESPN as the third-best prospect in Michigan coming out of high school.

He won the Kwalick–Clark Tight End of the Year Award as the best tight end in the Big Ten in 2013.

His mother is Felicia Fields.

He was Michigan's second leading receiver for the 2013 season behind wide receiver Jeremy Gallon.

Devin Funchess Is A Member Of