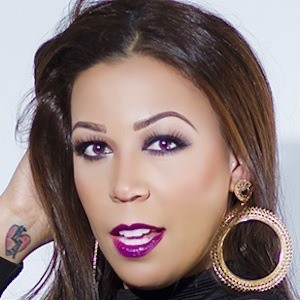 Radio and television personality also known as Devi Dev who has served as the host of Sirius XM's Shade 45, Dash Radio's XXL, Sirius XM's Sway In The Morning and more. In 2012, she began hosting the music and talk show MTV's Hip-Hop POV.

She majored in broadcast journalism at California State University, Northridge, where she graduated in 2007.

In 2012, she and music producer Terrance Martin released the collaborative mixtape Here, My Dear, which XXL included on its Top Mixtapes of 2010 list.

She married NFL offensive tackle Duane Brown in July 2012. They have a daughter and two sons together.

She has co-hosted Sway in the Morning with rapper-turned-broadcaster Sway Calloway.

Devon Anjelica Brown Is A Member Of