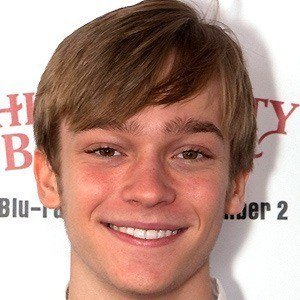 Actor who played the son of Naomi Watts and Tim Roth in the 2008 American remake of Funny Games. In 2008, he played Phillip in Dog Days of Summer.

He appeared in commercials for Pizza Hut, Burger King, and Cartoon Network.

He has appeared on TV shows such as Lost and Law & Order: SVU, and in movies such as Clint Eastwood's acclaimed 2008 film, Changeling.

He was born in Atlanta, and later moved to Los Angeles.

He was in the TV movie The Brooke Ellison Story, which was directed by Christopher Reeve.

Devon Gearhart Is A Member Of