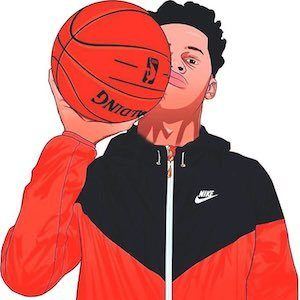 Musician and entertainer who began posting his original music to SoundCloud in 2017. He has known songs such as "Water" and "No Smoke."

He first became known for his NBA 2k content on YouTube in 2015. He would later transition to making music in 2017.

He began posting music-related content to his side channel called DevTakeFlightBeats.

He was born in North Carolina and raised in Houston, Texas.

As a YouTuber, one of his more popular NBA 2K videos is called "Rappers on NBA 2K16 MyPARK! • (Chief Keef, Trill Sammy & 21 Savage) | The Best Jumpshot In The Game."

DevTakeFlight Is A Member Of