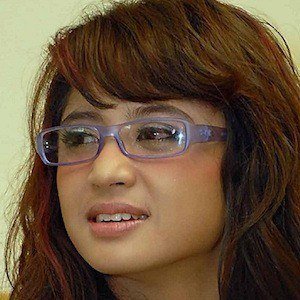 Indonesian actress and singer most well known as a dangdut singer. She released her debut album Bintang Pentas in 2003 and followed with her eponymous album in 2008. She has also gone on to star as the title character in films like Laila and Centini.

Raised in Jember, East Java, she was gifted her stage name Persik after the Indonesian word for peach, which is a symbol for good luck.

She made her television debut in 2008 acting in the series Tali Pocong Perawan.

She was married to singer Saipul Jamil from 2005 until 2008. She then entered a siri union with actor Aldiansyah Taher that same year, but the two split a year later. She has one son named Felice Gabriel.

In 2011, she was caught in a "catfight" with actress Julia Perez and sentenced to three months in jail.

Dewi Persik Is A Member Of