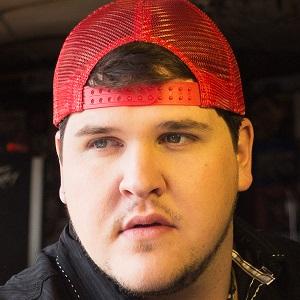 American Idol finalist who finished in 7th place on the 13th season of the show. He then signed a deal with First Launch Records and released a debut single called "Dream About Me" from an EP of the same title. He also took third place on season 16 of The Voice.

He dreamed of being a firefighter before his grandparents took him to Burning Opry when he was just 5 years old. His grandparents bought him a red, plastic guitar which is where his love of the instrument originated.

On his way to his American Idol audition, he had two flat tires and had to borrow his family's beat-up Nissan. At the audition, two competitors had instrument issues and Dexter allowed them to use his guitar in the audition. All three of the competitors advanced to the next round.

He was born in Tuscaloosa and raised in nearby Fayette, Alabama on a family farm where he spent his days working the land with his grandpa.

Dexter Roberts Is A Member Of