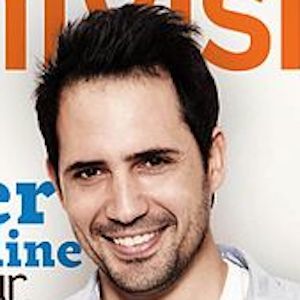 Actor who is known for his international work in both feature films and in television programs. He is best recognized for having played the character Omar Nasri in the 2011 television series Casualty as well as for playing Mahmud in the 2010 film Sex and the City 2.

He graduated with his degree in Acting Studies in 2002 from the Birmingham School of Speech and Drama. That same year, he made his television debut wheere he played the recurring role of Marcel Sabatier in the series Dream Team. His feature film debut occurred in 2006 when he starred as the character Dhafer in the film Children of Men.

He was born in Tunisia but later moved to the United Kingdom.

He starred alongside Nelly Karim and Mohamed Farrag in the 2015 television series Taht Al Saytara.

Dhafer L'Abidine Is A Member Of