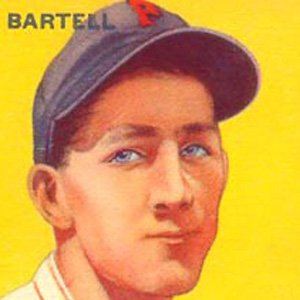 He was given the nickname 'Rowdy Richard' because of his fiery playing attitude.

He played in the very first All-Star Game in 1933.

He was married to his first wife Olive for 50 years.

He won a World Series title with the Detroit Tigers while playing with Hall of Fame slugger Hank Greenberg.

Dick Bartell Is A Member Of