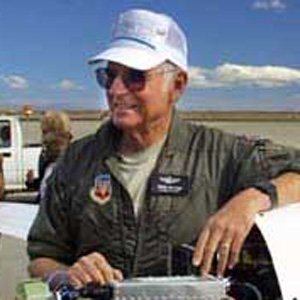 Commander of the Voyager aircraft, which flew around the world without stopping or refueling.

He was a fighter pilot in Vietnam and managed to eject himself to safety when his plane was shot down.

His flight around the world, which covered nearly 25,000 miles, took nine days and three minutes.

He was married twice and had two children.

Dick Rutan Is A Member Of