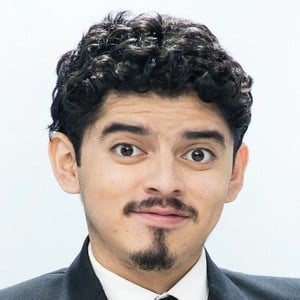 Writer and cast member of the ultra popular Ecuadorian sketch comedy YouTube channel Enchufe.tv. He was part of a 2016 mini-series as well called Kikirimiau.

He began acting in Enchufe.tv videos in 2011, but has primarily served as a writer for the channel.

He runs his own YouTube channel called SPN Deportivo which is about video games. Several members of Enchufe.tv has guest-starred on the channel.

He has a sister named Estefania and a brother, Jorge Ulloa, who is one of the creators of Enchufe.tv.

Erika Russo is one of the Enchufe.tv cast members who would appear on his SPN Deportivo YouTube channel.

Diego Ulloa Is A Member Of