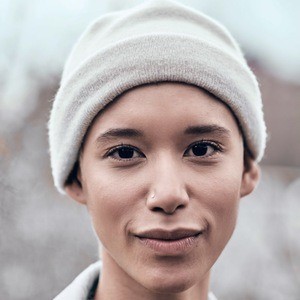 Runway model whose walked for the likes of high end designers such as Marc Jacobs, Hermes, Lanvin and Giambattista Valli. She also appeared in the coveted Victoria's Secret Fashion Show 2016.

She signed her first contract with DNA models and landed her first big break in Marc Jacobs' Spring 2016 campaign.

She's also a rapper and dancer who loves ballet and hip hop style.

She was born Mary Janice Dilone in Long Island, New York into a family of ten. Her parents always insisted she was model material.

She and model Lameka Fox both made their debut at the Victoria's Secret Fashion Show in 2016.

Dilone Is A Member Of