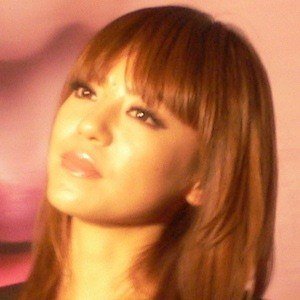 Otherwise known by the stage name Della, she is a Chinese singer grown popular throughout Taiwan and Mainland China. She made her debut in 2007 with her first album Run Away From Home.

Her talents first became known while in junior high school when she won 1st prize in the school singing contest. By the age of eighteen, she left home to pursue her singing career in 1999.

In 2015, she appeared on the singing competition series King of Mask Singer and by the second episode had been crowned Mask King.

Her birth name is Wu Xian.

She was signed to B'in Music Company in 2006, joining ranks of other Eastern artists like Fish Leong and Victor Wong.

Ding Dang Is A Member Of