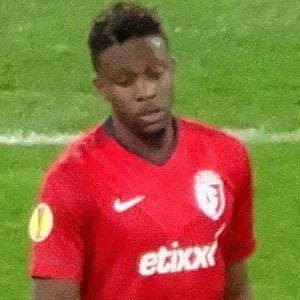 Striker who made his senior debut for Lille in 2012 and played there up until he was transferred to Liverpool in 2014. He also became a member of the Belgium national team in 2014.

He spent his youth career with Genk and Lille.

Upon being transferred to Liverpool, he was loaned back to Lille immediately after for the 2014-2015 season. He was then loaned to Vfl Wolfsburg from 2017 until 2018.

His father, uncle, and cousin are all professional footballers as well.

He and Eden Hazard became teammates on the Belgium national team.

Divock Origi Is A Member Of