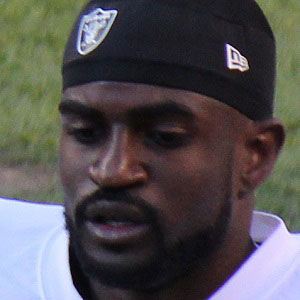 NFL cornerback who had a rocky rookie season after being drafted 12th overall by the Oakland Raiders in 2013.

He helped Navarro College win a NJCAA National Football Championship before transferring to the University of Houston his junior year.

He earned C-USA Defensive Newcomer of the Year honors and was a First-team All-C-USA selection during his two-year career at the University of Houston.

He was born to Tori and Derek Hayden in Houston, Texas.

He had his first NFL interception against Chargers quarterback Philip Rivers on October 6, 2013.

DJ Hayden Is A Member Of