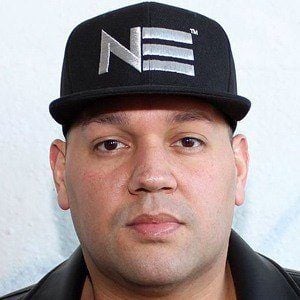 Puerto Rican born DJ who rose to fame for popularizing the reggaeton genre of music. He is also credited for having coined the term reggaeton in 1995.

He released a series of popular Flow la Discoteka albums.

He is from San Juan, Puerto Rico.

He's collaborated with rapper J Alvarez on a number of occasions.

DJ Nelson Is A Member Of