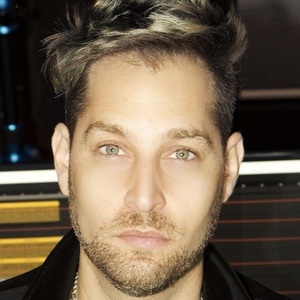 Known as "Hollywood's Disc Jockey To The Stars," he is the only DJ to have appeared as a guest on CNN's Larry King Live. He performed at the official Grammy Celebration, and has DJ'd celebrity events with/for Leonardo DiCaprio, Paris Hilton, Kim Kardashian, Kanye West, Eddie Murphy and many more.

His hobby as a DJ led him to gaining notoriety as a regular performer at top celebrity events around the world. He DJ'd house parties, fraternity and sorority parties, DJ'd on the radio, and DJ'd nightclubs and school events in New York while attending Syracuse University.

He attended the same private high school as Paris Hilton, Kim Kardashian, and Nicole Richie, and he was one of only 54 students in his graduating class.

He was born at Saint John's Hospital in Santa Monica, California with the birth name Michael Eisner. He grew up with his parents and two younger sisters in Encino, California.

He DJ'd Janet Jackson's 40th birthday and has DJ'd events for both Kim and Khloe Kardashian.

DJ Splyce Is A Member Of