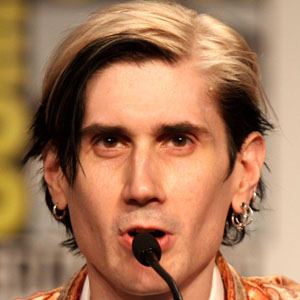 Known best as a creator and writer of the Cartoon Network series The Venture Bros., this multi-genre artist also performed with several rock bands, created oil paintings, and acted in and/or composed music for films.

Born Eric Hammer, he grew up in Ledyard, Connecticut. Early in his artistic career, he acted in several low-budget films.

A voice actor as well as a television producer and writer, he portrayed several characters in his Venture Bros. series, including Dermott Fictel and Billy Quizboy.

His marriage to singer and filmmaker Lisa Houle Hammer lasted from 1989 until 2008. He and his wife performed together in the gothic rock bands Mors Syphilitica and Requiem in White and also formed a film production company called Blessed Elysium.

He and Christopher McCulloch co-created The Venture Bros.

Doc Hammer Is A Member Of