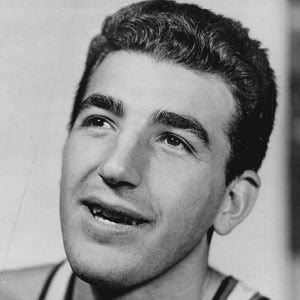 Hall of Fame basketball player known for his success with the Syracuse Nationals and the Philadelphia 76ers.

He won the Haggerty Award for best male college basketball player of the year while playing at New York University.

He was named one of the 50 Greatest Players in NBA History by a panel of writers, athletes, and coaches in 1996.

His father Carl was a truck driver. Tina, his mother, was a homemaker. He was married to Naomi Schayes up until his death. They had two sons named Danny and David who were also athletes.

He was selected as one of the top 12 retired players on the NBA 25th Anniversary Team along with Bill Russell.

Dolph Schayes Is A Member Of