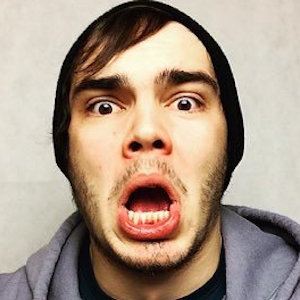 YouTuber known for his gaming videos as well as his Try Not To Laugh videos. He has earned more than 50,000 subscribers, whom he has referred to collectively as his Domanation.

He started his YouTube channel before he went to college and uploaded his first video, a Let's Play of the game Outlast, on June 23, 2014. He then dropped out of college, where he was studying game design, to pursue YouTube full-time.

His name is a portmanteau of dog, man, and panda.

Domanda Is A Member Of