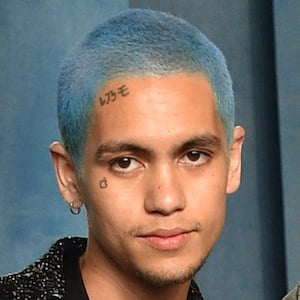 American singer who shot to fame after dropping his debut EP Don't Forget About Me, Demos in 2018. The recording featured multiple viral hits including "She Wants My Money" and "King of Everything." In 2022, he joined the cast of HBO's Euphoria as Elliot.

Before releasing any music, he signed with Columbia Records after a bidding war between labels.

The video for his single "3 Nights" topped 1 million views on YouTube after just a few months.

He posted a photo of his sister on Instagram in September 2018. Musician ALX is his younger brother. He previously dated Diana Silvers. He has been romantically linked to Hunter Schafer.

He became a client of the management company Tha Lights Global which also represents Lil Pump.

Dominic Fike Is A Member Of