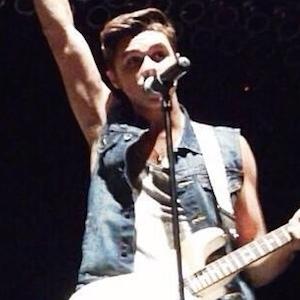 Lead vocalist of the pop/rock band Liberty Deep Down. He joined Halen Bouhadana, Tyler Rose, Dalton Dye, and Noah Bouhadana in 2013 to form the group. The band released the album Blackout in February 2015.

He played in local bands around Columbus, Ohio beginning in 2010 and began posting YouTube covers in 2012.

He released the EP Love Worth Making with Liberty Deep Down in May of 2014.

He grew up with two older sisters named Kimberly and Kirsten. His parents are Tony and Carolyn.

He and Liberty Deep Down are on tour with Aaron Carter in late 2014.

Dominic Frissora Is A Member Of