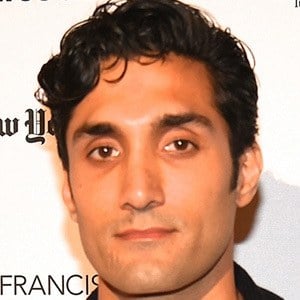 Iranian actor who is best recognized for his film and television appearances. He is known for having played the recurring role of Kasius in the 2017 series Marvel's Agents of S.H.I.E.L.D. as well as having appeared as a Saeed in the 2014 critically acclaimed film A Girl Walks Home Alone at Night.

He started his career as an actor in 2003 when he appeared in the TV film Saving Jessica Lynch. He landed a role on the popular series 24 in 2005 and went on to make his feature film debut in 2006 when he starred as Hamad in the film Poet's War.

While he was born in Tehran, Iran, he moved to London, England as a young child. From there, he moved to Dallas, Texas where he was raised. His brother is fellow actor Ethan Rains.

He starred alongside Sheila Vand and Marshall Manesh in the 2014 horror film A Girl Walks Home Alone at Night.