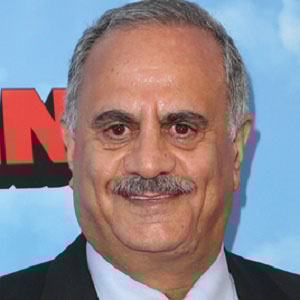 Actor who had recurring roles on Scrubs, Will & Grace and How I Met Your Mother.

He was born in Mashhad, Iran and moved to the United States when he was in his mid-twenties.

His television credits include guest spots on The X-Files, NYPD Blue and ER.

His father died when he was young, and he was raised by his mother.

He made his film debut in James Cameron's True Lies.

Marshall Manesh Is A Member Of