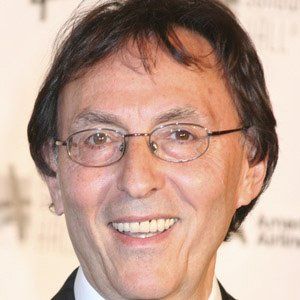 Wrote lyrics for such musical artists as John Barry, Michael Jackson, Andrew Lloyd Webber, Marvin Hamlisch, and many others.

He briefly worked as a stand-up comedian, song-plugger, and office boy.

He wrote the lyrics for many James Bond film themes, including Thunderball from 1965, Diamonds Are Forever, Tomorrow Never Dies, and several others, usually collaborating with David Arnold along the way. He was inducted into the Songwriters Hall of Fame in 2007.

He was married to Shirley Black for more than five decades.

Don Black Is A Member Of