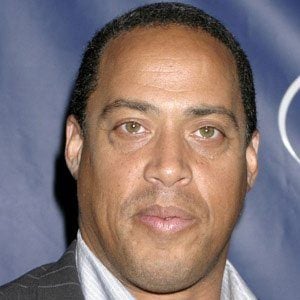 Former NFL and Canadian Football League quarterback for the Philadelphia Eagles, the Hamilton Tiger-Cats, and the Ottawa Rough-Riders.

He attended Syracuse University where he earned the Maxwell Award and the Davey O'Brien National Quarterback Award.

He became the executive director of the Sports Leadership Institute at Adelphi University following retirement.

He and Michael Vick both played quarterback for the Philadelphia Eagles.

Don McPherson Is A Member Of