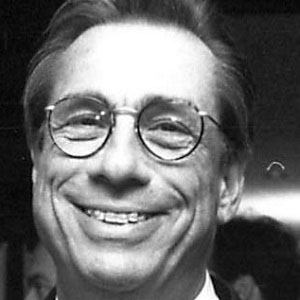 Multi-millionaire attorney and businessman best known for becoming the owner of the NBA's Los Angeles Clippers in 1981. He became one of the NBA's most highly scrutinized and disliked owners during his tenure with the Clippers.

He received his undergraduate education from California State University, then went to Law School at Southwestern University.

During the 2014 NBA Playoffs, he was caught on tape making racist remarks in about Magic Johnson to a woman with whom he was having an affair.

He had three children, Scott, Chris and Joanna, with his wife Rochelle.

He had a highly-publicized feud with point guard Baron Davis during Davis' brief stint with the Clippers. Sterling would call him fat and out of shape and complain when he missed shots.

Donald Sterling Is A Member Of