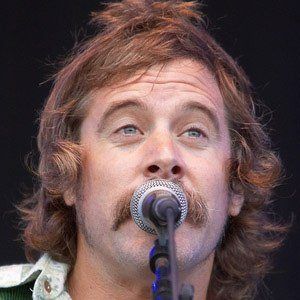 Surfer and musician whose self-titled debut album made the Australian ARIA Top 40 charts and who has released singles like "Glow."

He was an amateur surfer who was promoted by Billabong. His first band was Peanut Butter and Jam, which he joined when he was fifteen.

He recorded the song "Lovely Day," which was featured on the soundtracks for Georgia Rule and Snakes on a Plane.

He met when he rented out a room owned by Johnson's parents.

He was influenced by Marc Ford's band The Black Crowes.

Donavon Frankenreiter Is A Member Of