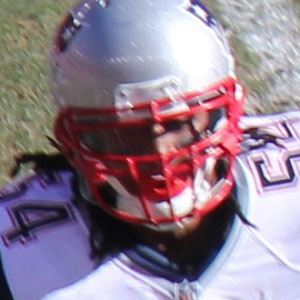 Linebacker who was a first round pick of the New England Patriots in 2012. He became one of the Patriots' top linebackers and helped lead the team to victory in Super Bowls XLIX and LI.

He was a versatile athlete at Marshall County High School, playing tight end, running back and defensive on his way to being named 4 star recruit by Rivals.com

He was a Consensus All-American while helping the University of Alabama win the BCS National Championship during the 2011 season.

His mother's name is L'Tanya. He was born and raised in Lewisburg, Tennessee.

He was teammates with Courtney Upshaw during the Crimson Tide's 2011 BCS Championship run.

Dont'a Hightower Is A Member Of