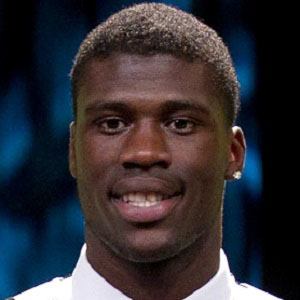 6'5" wide receiver who was dismissed from the Missouri football team after his sophomore season due to multiple drug arrests, then transferred to the University of Oklahoma, where he was forced to sit out his junior season due to NCAA rules. He was selected 40th overall in the 2015 NFL Draft by the Tennessee Titans.

He was a five-star recruit at Hillcrest High School, and Rivals.com ranked him as the nation's top recruit.

He had a dominant freshman year at Missouri, though he missed parts of the season due to suspensions.

In 2009 he was adopted by his high school football coach, John Beckham.

At Missouri he played for head coach Gary Pinkel.

Dorial Green-Beckham Is A Member Of