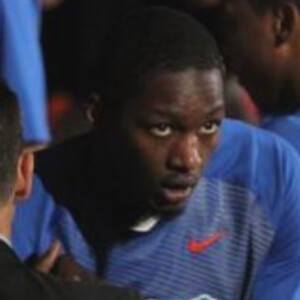 Small forward who has earned fame for his time in the NBA playing for the Dallas Mavericks. He made the opening night roster in 2016 after going undrafted in that year's NBA draft.

He played his freshman season of college basketball for Virginia Tech. He would transfer to and finish his career with Florida, where he was a two-time second-team All-SEC team member.

He was named the SEC Sixth Man of the Year playing for the Florida Gators in 2014. He re-signed with the Mavericks in 2019.

He has five siblings. He has a daughter named Sinai.

He has played alongside Luka Doncic for the Dallas Mavericks.

Dorian Finney-Smith Is A Member Of