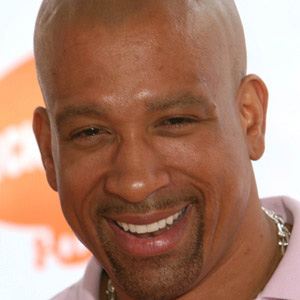 Television actor best known for his role as police officer Daryl Morris on the supernatural television show Charmed. His first major role was in Baywatch Nights.

He has also landed small roles on the series Baywatch, Beverly Hills, 90210, and Sister, Sister.

He replaced Shemar Moore as the host of Soul Train.

He has a sister named Mercedes Bey who is part of his musical group, MD Says.

He was on an episode of the television series, Las Vegas with Nikki Cox.

Dorian Gregory Is A Member Of