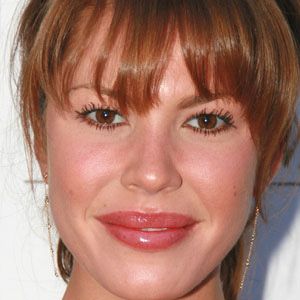 Actress who became known for her role as Tiffany Malloy on the TV show Unhappily Ever After.

She briefly appeared in several TV shows including Baywatch, Blossom, and General Hospital.

She played Mary Connell on the TV drama Las Vegas where she met her future husband Jay Mohr.

She was romantically linked to Kevin Connolly, who also appeared on Unhappily Ever After.

Nikki Cox Is A Member Of