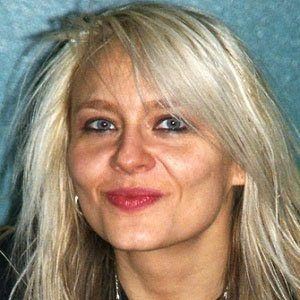 German vocalist who came to prominence as the frontwoman for the metal band Warlock, with whom she performed from 1982 to 1988. She later embarked on a successful, multi-decade solo career, during which she came to be known as one of the most respected women in metal music.

She grew up influenced by glam rock acts like Slade and T. Rex. She began singing in her fist band, Snakebite, in 1980.

She headlined the 2007 Flight of the Valkyries festival, the first U.S. festival to feature exclusively female-fronted metal bands.

Her father Walter passed away in 2000. Her mother has served as the manager of the Doro fan club.

She recorded two songs with Motorhead frontman Lemmy Kilmister for her 2000 album Calling the Wild.

Doro Is A Member Of