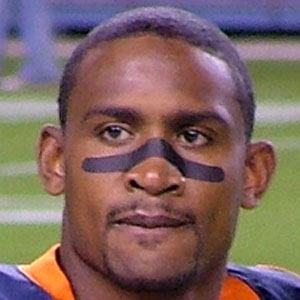 Former cornerback best remembered for his time with the St. Louis Rams, with whom he won Super Bowl XXXIV. In 2003 and 2004, he made back-to-back Pro Bowls as a member of the Detroit Lions.

He was a star football and baseball player at Western Branch High School.

He set a record for most career interceptions by an ACC player with 20 while at the University of North Carolina.

He has sons named Jordan, Trey, Emanuel and AJ as well as a daughter named Peyton.

He won Super Bowl XXXIV with the help of game MVP Kurt Warner.

Dre Bly Is A Member Of